Paula is of Ngāti Awa, Ngāti Whakaue and Ngāti Pakeha descent. A speaker of Te Reo Māori and Japanese languages, Paula was educated in Whangārei before graduating from the University of Otago with a BA (Japanese)/LLB in 1999.

Following roles with the Ministry of Foreign Affairs and Trade (Wellington/Tokyo) and the Department of Conservation (Whangārei/Wellington) Paula returned home to Whangārei in 2014 where she worked in various voluntary community roles and project managed Waitangi Tribunal claims for Whangārei hapu.

In 2012 Paula completed a Bachelor of Mātauranga Māori with Te Whare Wānanga o Awanuiārangi and in 2016 completed her professional legal studies.

Paula was admitted to the bar in the Whangārei High Court in June 2017 and is delighted to be finally practicing law.  A member of the Litigation team, Paula has a particular interest in employment, and ngā take Māori (Māori issues).  Paula is the current Tai Tokerau representative on Te Hunga Roia Māori (the New Zealand Māori Law Society) and she also volunteers as a mentor with I Have A Dream Charitable Trust working with tamariki and rangatahi in the communities of Tikipunga and Otangarei. 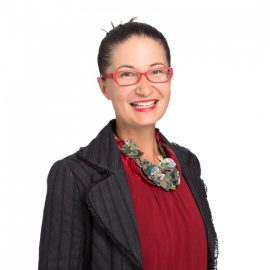