It is not uncommon for purchasers to call in alarm at what they find when the vendors move out. Whether it is a pot plant or piece of furniture which was hiding a hole in a wall, or an appliance that isn’t working, or the vendors removing something the purchasers assumed would be left behind.

What to expect at settlement

What to check at the pre-settlement inspection

What ought to happen, in a perfect world, is that a purchaser will inspect a property a couple of days before settlement. At that time they should check that the property has not been damaged since they agreed to purchase, and that the various appliances are all in reasonable working order. Items like garage door openers and spa pools appear to be particularly contentious. This inspection is the buyer’s opportunity to identify defects and ask for them to be fixed.

If you discover any problems at the pre-settlement inspection

Not all defects are required to be fixed. But some defects can be insisted on. A purchaser might well be able to insist that a faulty appliance or broken window must be fixed by settlement or the price reduced by a reasonable sum. However, some issues are simply part of the house which the buyer agreed to buy. For example there is no general right to insist that the lawn is mown or the carpet or oven are cleaned.

Deal with issues before the pre-settlement inspection, where possible

It is important for both vendor and purchaser to consider the property at the time of signing the agreement, and consider if there are issues which need to be dealt with. If a purchaser is concerned that the property is a mess and they want certain things dealt with – for example the garden tidied, rubbish removed or items repaired – then those should be set out in the agreement. If a vendor knows that an appliance is broken or they don’t intend to fix something, then that should be stated too. It is better to be clear when you sign an agreement rather than argue about it after.

When you carry out a pre-settlement inspection, these are the general things to check:

If you discover any problems with the property during your pre-settlement inspection, make sure you call your lawyer immediately, and get the right advice on how to proceed.

What has happened in a house previously can be hard to know and expensive to fix. A house has a history. Sometimes the history comes with a bill.

Purchasing a property at auction can be a risky undertaking if all the required due diligence is not completed before the auction date. 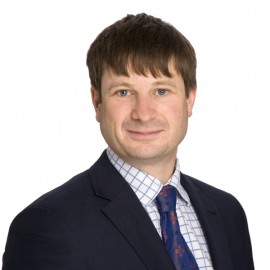