Whangarei law firm Henderson Reeves is paving the way to gender equity at senior levels of the legal profession, by providing leadership opportunities to women with families in Northland. 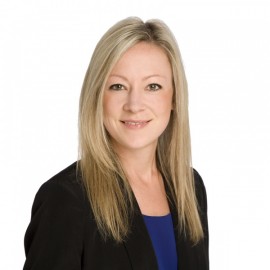 Amanda Morgan has recently been promoted to Director.

One such woman is Whangarei’s Amanda Morgan, Senior Solicitor and mother-of-one, who the firm recently promoted to the position of Director.

Amanda joins the board as the second of two female Directors at Henderson Reeves, and says the firm has created a real point of difference by enabling women with families to take up senior positions.

“Henderson Reeves provides opportunities for young females who are juggling families with work life, by enabling part time and flexible work.” Amanda says. She believes this is good for the firm, because it means retaining the best people.

“You retain key staff by providing them with that opportunity, because those staff would otherwise take a significant break in their career, or leave to find more flexible work. I think that shows how much Henderson Reeves value their people.”

Director Ian Reeves agrees, saying: “We’ve had a focus on establishing gender equity at Henderson Reeves. Jamie Bourke became a Director in 2015 and Amanda this year, and we’re better for it. They are fine practitioners and excellent leaders.”

Henderson Reeves has been intentionally hiring Northlanders for some time too, which Amanda says is also about retaining top talent. But equally it’s because people like her who grew up in Northland have a wide network of friends and family here.

Amanda, a born-and-bred Northlander who attended Whangarei Girls High School before studying law at Otago and Auckland Universities, could have gone anywhere after graduating. But she says she returned to Northland for the lifestyle, and perhaps more surprisingly, for the legal career prospects.

“In a provincial area like Northland, you have the ability to gain practical experience and responsibility early on in your career. Up here you’ve got immediate client contact, working with a partner or a senior lawyer on files and getting experience and really interesting work early on.”

She wants other young women entering the legal profession in Northland to feel just as valued as their male counterparts, and to know there are opportunities to reach the top of their profession, and have a family too.

“You can have a family and a career. It’s a juggle, but you can do it,” Amanda says.

As a Director of Henderson Reeves, Amanda is looking forward to being involved in the strategic decisions of the firm in light of the ever-changing and exciting ways that the practice of law is developing, whilst retaining the current culture. “One of the key things we really focus on here is our staff culture,” she says. “We all work really hard here, but the key thing is that we want our staff to be happy and satisfied with the work that they are doing, so we need to maintain that within an environment of constant change.”